F&I Services – a profession or occupation?

For years many those performing F&I services have considered themselves ‘professionals’ despite no such recognition from their DPs. Interestingly, the Financial Sector Conduct Authority (FSCA) clearly agrees with the view of those F&I’s that are passionate about the work they do and who have always provided what they believe is a professional service.

Although the motor industry was never directly informed, the decision by the FSCA to transform F&I services from an occupation to a profession was taken back in 2004, with the triggering of the FAIS Act being the first step. Now, 17 years later, transition is almost complete although full transition will only take effect when the Conduct of Financial Institutions Act (CoFI) has been passed into law, probably early in 2022.

There are several key differences between a profession and an occupation. Undoubtedly the greatest difference is the level of education, training and ongoing competence requirement. An occupation is learned ‘on the job’ and needs little, if any, prescriptive educational requirement although a specific employer may well demand some form of qualification as a company policy. On the other hand, a profession is usually governed by a code of conduct and is regulated by a particular or professional body statute. Moreover, professionals can be sued for wrongful advice and as a consequence must be protected by the purchase of professional indemnity insurance coverage.

Prior to 2004, an F&I needed no qualifications whatsoever, and obtaining an agency contract with an insurer was simple. Moreover, there was no such thing as charging fees for services; all dealerships and their F&Is relied totally on commissions for ‘selling’ whatever they had on offer. There can therefore be no doubt that prior to FAIS, the F&I was following an occupation no matter how many F&Is struggled with that label.

But in 2004 the FAIS Act forced F&Is to undergo compulsory qualifications, albeit with a five-year lenient transition for ‘grandfathers’, and a few years later the FSCA extended this to include compulsory regulatory examinations (Board Exams). Continuing professional development (CPD) measured in hours was soon added and almost all three phases of the FSCA’s Retail Distribution Review proposals (RDR) have now been implemented.

And if all the FSCA’s proposals are adopted, it will not be long before F&Is will be able to charge fees for their expertise just as every other professional.

The F&I as an agent

The reasons behind this proposal is that an F&I acts as an agent to the customer when providing advice, and as an agent to the insurer when selling the insurer’s product, although it is the insurer that currently pays for both services as part of the capped commission. To correct this imbalance, the FSCA proposes that the current rate of commission could be revised by removing that portion relating to advice. This would mean that an F&I that gives advice will be able to charge an advice fee to the customer to make up for the amount that could be removed from the commission. In the proposal, this advice fee will be collected by the insurer and paid to the dealership with the commission.

The main challenge that many F&Is will face is the fact that they are only licensed to provide intermediary services. Dealers argue that no advice is given and that all an F&I does is provide a customer with the opportunity of buying an insurance product. Whilst that may be true in some circumstances, the fact is that those F&Is that are only licensed to provide intermediary services will not be able to charge a fee for the provision of advice.

So, Occupation or Profession?

The problem is that the payment of commissions for ‘selling’ is an occupational rather than a professional characteristic. This means that when charging an advice fee to a client and at the same time receiving commission for placing the business with an insurer, the F&I is acting in both a profession and an occupation. Which means that there is no real answer to the question “The F&I – a profession or occupation?” It depends entirely on the activity of the F&I at any particular time.

It is, however, safe to say that a successful F&I receives a high level of respect and recognition from policyholders and indeed society as a whole and will continue to do so whether deemed to be following a profession or an occupation.

Here in South Africa our F&Is and their motor dealership employers are truly resilient and entrepreneurial. They will survive and prosper whatever the label. 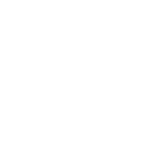